Can My Boss Fire Me For Complaining?

Home/Employee Rights, Legal Rights/Can My Boss Fire Me For Complaining?

Can My Boss Fire Me For Complaining? 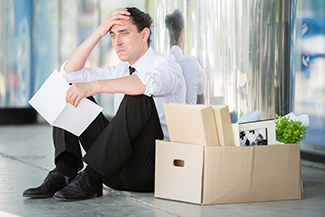 Are you concerned that you could be fired for complaiThe employee said that she objected to the company tracking her during her off-the-clock activities, and after she had made her concerns known, she deactivated the application and was terminated. In response, the employee has filed a lawsuit against Intermex, seeking damages of $500,000.
ning about your job? If you’re employed in California, the answer depends on what you’re complaining about.

California is an “at-will” employment state. This means that, in most cases, your boss can fire you at any time—and for almost any reason or no reason at all. He or she can fire you because they:

The list goes on and on. Essentially, what “at-will” employment means is that a California employee can be dismissed by an employer for any reason (that is, without having to establish “just cause” for termination)—and without warning.

However, there are some exceptions. According to the Supreme Court, ”Even where employment is at will, numerous federal and state statutes already impose express limitations on the right of an employer to discharge at will.”

When is it illegal to fire a California employee for complaining? Here’s a partial list of when your right to voice a complaint is protected by law:

For example, in 2015,  Intermex Wire Transfer LLC allegedly requested that all of their employees download an application called Xora onto their cell phones. The application allows employees to create electronic timecards. However, it also contains a GPS tracker, which can track the exact location of a person who is utilizing the phone.

When employees at Intermex questioned the use of the GPS, they were allegedly told that they could be monitored at all times, even when they were off duty. One supervisor allegedly bragged about being able to use the GPS feature to track employees and told an employee that he could monitor her vehicle speed.

The employee said that she objected to the company tracking her during her off-the-clock activities, and after she had made her concerns known, she deactivated the application and was terminated. In response, the employee has filed a lawsuit against Intermex, seeking damages of $500,000.

The bottom line? If a company demotes or fires an employee who reports an illegal activity, it may be held liable for workplace retaliation or wrongful termination. By filing a lawsuit over these claims, an employee or ex-employee can seek back pay, in addition to damages.

If you believe that your employer has violated workplace retaliation laws, speak to our Roseville, California attorneys, who can investigate your case and explain if you have grounds for lawsuit.