How Workplace Harassment Affects Your Health

How Workplace Harassment Affects Your Health 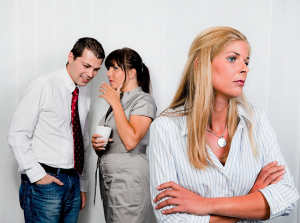 Have you been the target of abuse in your workplace? Examples of inappropriate actions that can be considered workplace bullying or harassment can include:

These are just a few of the often-overlooked signs of workplace bullying and harassment.

While the unwelcome attention you’re enduring can be given a different name depending on whether it’s the result of a bully’s whim or discrimination, both have an unfortunate similarity: Being the targeted victim of repeated, unreasonable, and inappropriate behavior has been proven to negatively affect your health.

Victims of workplace bullying and harassment may immediately notice changes in their behavior at work and home. This ranges from the obvious, such as being less driven to succeed in your workplace or being less confident in the work that you produce. Victims can also start to show physical signs of stress, including headaches, backaches, or exhibit trouble sleeping.

However, the psychological injuries that result from enduring an abusive work environment aren’t limited to what’s immediately apparent.

Enduring workplace bullying and harassment has other effects, too. In a WBI online survey, The Toll of Workplace Bullying on Employee Health, 71 percent of the 516 respondents reported having been treated by a doctor for work-related health symptoms; 63 percent reported seeing a mental health professional.

What Can You Do?
Unfortunately, many employees attempt to “tough it out”—not only does this approach fail to stop the bullying or harassment, it can compound the already-overwhelming stress that you’re under.

Instead, if you feel that you are being bullied, discriminated against, victimized or subjected to any form of harassment, do:

● Firmly tell the person that his or her behavior is not acceptable and ask them to stop. You can ask a supervisor or union member to be with you when you approach the person.
● Keep a factual journal or diary of daily events by recording

○ The date, time and what happened in as much detail as possible.
○ The names of witnesses.
○ The outcome of the event.

Remember, it is not just the character of the incidents, but the number, frequency, and especially the pattern that can reveal the bullying or harassment.

If you need help understanding whether or not actions taken against you at work are considered harassment, and what steps to take next, we encourage you to contact us online or call (916) 787-4544 to schedule a free initial consultation with our California employment lawyers.