What Can’t California Employers Ask You In A Job Interview?

What Can’t California Employers Ask You In A Job Interview? 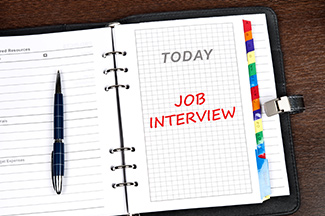 There are plenty of difficult interview questions that candidates would prefer to pass on, but do you know which questions are outright illegal for California employers to ask?

If not, you’re not alone. According to a CareerBuilder survey, twenty percent of hiring managers have asked illegal questions during an interview without realizing it. These include questions that have to do with a potential hire’s religion, age, race, health, and more.

Here’s a list of questions that California employers aren’t allowed to ask (but sometimes do, anyway):

1. How many children do you have?

Additional questions that California employers can’t ask are: Are you pregnant? Do you have children at home? How old are they? Who cares for them? Do you plan on having more?

These questions might sound like innocent small talk, but they’re off limits—along with most other inquiries about your personal life and relationships.

Just note that, after you’re hired, employers can ask about the number and ages of your children for insurance purposes.

This seemingly simple question is loaded with the potential for influencing an employer’s decision on the basis of age, which could be considered discrimination. Note that they also can’t ask how much longer you plan to work until you retire.

The only exception? Employers are allowed to ask if you’re over 18 to ensure that you’re old enough to work for them.

Unless you’re applying for a religious institution (such as a church or religious school), employers aren’t allowed to ask about your religious affiliation or what holidays you celebrate.

4. How long have you lived in the United States?

Did you know that employers aren’t allowed to inquire about your heritage, or even whether or not English is your first language?

While an interviewer can ask if you’re legally allowed to work in the United States, they are not permitted to ask about whether you are a citizen, how long you’ve lived in the U.S., or what country you are originally from.

Employers might want to avoid hiring someone who drinks excessively or takes multiple smoke breaks. However, they’re not allowed to ask outright.

What they can ask is whether or not you’ve been penalized for violating a previous employer’s health policies in the past.

On the other hand, an employer can ask if you take illegal drugs—but they must specify “illegal.” That’s because asking about general drug use could make an applicant feel obligated to disclose sensitive information about legal prescriptions, which could lead to discrimination claims under the Americans with Disabilities Act.

Similarly, employers cannot ask the following: How far is your commute? Do you live nearby?

These seemingly innocent questions could get employers into hot water, since asking candidates where they live could be interpreted as a way to discriminate based on their location—and is, therefore, illegal.

You can, however, be asked if you’re willing to relocate for the job.

7. Have you ever been arrested?

California employers are only permitted to ask candidates whether you’ve ever been convicted of a crime, not whether or not you’ve been arrested.

What’s the difference? People are often arrested and later cleared of any wrongdoing, making it unfair to ask about anything other than a proven conviction.

What else aren’t California employers allowed to ask?

While many interview questions are illegal if phrased one way and acceptable if worded differently, questions regarding gender and sexual orientation are illegal. This includes asking your gender or sexual orientation directly, but also covers asking if you’re comfortable doing work that is generally performed by the opposite gender, if you’re comfortable supervising the opposite gender, or your thoughts on interoffice dating.

If you think that you may have been discriminated against during your application or interview because of questions that an employer isn’t allowed to ask, make sure that you receive expert legal assistance if you have questions about how labor laws may pertain to you.